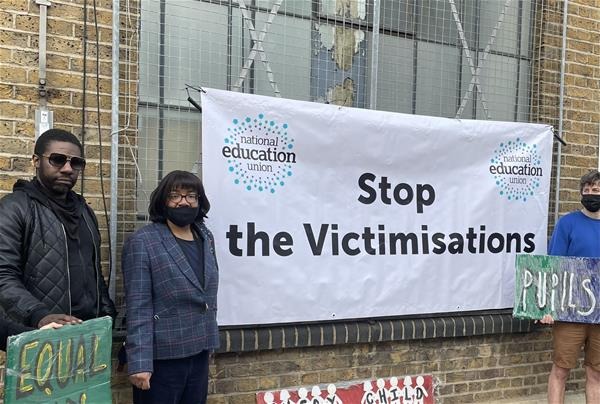 Disputes over union recognition are very frequent, as unscrupulous employers try to prevent workers organising collectively. But they rarely involve our most vulnerable children, victimisation of their teachers, TV shows about the mistreatment of the elderly and vulnerable in care homes and offshore financial funds worth hundreds of millions. But all of that, and more, has come to light at the Leaways school in Hackney.

I have taken a close interest in this dispute, appearing on picket lines, producing a video and speaking at a public meeting in support of the teachers. Leaways is a privately-owned special school for autistic children and others with special needs. It reportedly charges £50,000 per pupil, a cost which is largely met by the public sector. Unfortunately, having been there, it is little more than a converted warehouse and it is surprising that it passes any suitability test as premises for teaching some of our most vulnerable children.

The school is owned by the Kedleston Group, and ultimate ownership is with an offshore fund based in a tax haven in Jersey, presumably to avoid tax on profits. The owners, the Brosnan family of Irish financiers, are no strangers to controversy. They featured in a BBC Panorama documentary showing patients being slapped and restrained under chairs at Winterbourne View, a Bristol care home operated by Castlebeck – a company then owned by Denis Brosnan's Jersey-based Lydian Capital. Paul Brosnan was chairman of Castlebeck at the time and resigned in the aftermath. Another family-owned firm was involved in the death of a 2-year old at one of its nurseries. So, itis also surprising that the family could pass any ‘fit and proper person’ test.

The NEU union is right to fight for recognition and against victimisation of its representative. It is a basic right to join or organise a union, and it seems inappropriate that any public money is provided to an employer that tries to ban or bust unions. Hackney Council should examine its relationship with Leaways as a matter of urgency.

But it also highlights the problem of public services like education being turned over to offshore private sector interests whose motive is profit, not public good. This has been government policy for many years, and the events at Leaways show just how damaging it can be. The services provided by outfits like Kedleston can and should be provided better and cheaper in the public sector.