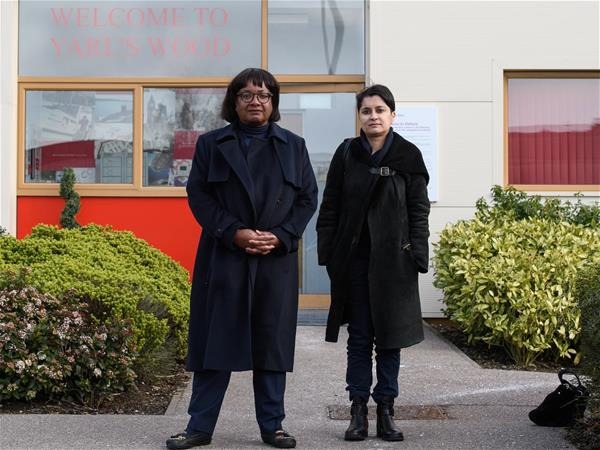 The latest legislation from this government tramples on our history of being a country that accepts refugees. It also flies in the face of the spirit of international law and may be in breach of its letter too. It will criminalise some of the most vulnerable people on the planet: people desperate enough to cross open seas in dinghies. All of this is completely unnecessary, the result of a frenzy of xenophobia from this government and the more sensationalist tabloids.

Some ministers admit it will not address the issue of asylum seekers trying to cross the Channel. The draconian legislation follows the serial failures of the British government to reach an agreement with their French counterparts. They are both guilty of failing to care humanely for desperate people. But it is unfathomable how the British government imagined that there could be co-operation without serious negotiation. The Tory version of post-Brexit ‘Global Britain’ means never having to negotiate, or if forced to, never sticking to agreements.

There should be no doubt that the legislation is draconian. It is reported that the Bill will contain measures for life sentences for anyone convicted of ‘people-smuggling’. As the Mr Bigs in these operations don’t actually set sail themselves, this will be punishing small fry at most, or even people who have retuned to fetch other family members.

But the act of seeking asylum itself will be criminalised if refugees do not arrive directly at the ports and airports with full documentation. This completely ignores the plight of those seeking refuge. It is not certain that all of us could lay our hands on all necessary documents if we suddenly had to flee a country, still less if bombs were raining down, or some ISIS offshoot had just invaded your town or city, or civil war had broken out over dwindling water resources.

All of this is compounded by the reported plans for an asylum processing centre in Rwanda. Until recently most asylum seekers in this country came from Syria. More recently, the top countries that refugees are fleeing from to this country are Iran, Iraq, Albania, Eritrea, and Sudan. The idea that Rwanda, or any country could be an alternative for people seeking asylum here is completely inappropriate. People are seeking safety, not trial by ordeal.

Many of us, campaigners, MPs and others have long argued for the establishment of safe and legal routes for refugees from a number of crisis or war-torn areas. This would allow the smoothest access for people who are facing persecution or worse. It would also overcome the need for desperate journeys across the Channel.

But the government is doing the opposite. Punishing asylum-seekers and establishing an overseas processing centre to deny asylum are undoubtedly in breach of the spirit of international law. There is a right under international law to seek asylum. It remains to be seen whether the government will fall foul of the law itself, in breaching the right to asylum.

Further legislation is planned that will also attempt to make the government less accountable to the courts. It seems clear that at least part of this motivation for this is so as to bypass the objections of immigration lawyers, who try to ensure the rights of asylum-seekers are upheld.

Inevitably, for such a terrible policy, the entire framework for this policy is based on a falsehood. The government claims that we are being swamped, because the numbers crossing the Channel have risen. But the numbers are tiny in comparison to overall migration.

The Refugee Council estimates that 9,000 people who would be able to make a successful asylum claim will be denied if the government’s proposals are adopted. That alone is shameful. These numbers are minuscule.

Currently 5.6 million people from the EU are entitled to seek settled status in this country, although they are facing the usual thoughtlessness and incompetence from the Home Office. In addition, the government says it will grant leave to remain to holders of British National Overseas passports from Hong Kong, meaning that potentially hundreds of thousands of extra people could come to this country.

The government’s plans are addressing a non-existent problem. It is a part of its reactionary and authoritarian social policy, with no regard for fundamental human rights.